Managed IT services help organizations deal with a wide range of day-to-day issues in a cost-effective manner. However, moving to a managed IT model may sound like a huge leap. There comes a point, though, when sticking to an unmanaged approach may cost you time, money, and aggravation. If you're not sure whether it's time to go with a managed option, look for these four signs within your organization and its IT operations.

Lack of Focus on Big Projects

You have an IT team, but your team members spend a disproportionate amount of time on simple stuff. If you're trying to roll out big projects, for example, you can't have team members on call to deal with printer and help desk issues, too. Eventually, the simplest solution may be to contract the basic stuff to a managed IT services provider so your main IT staff can focus on major projects.

Small Stuff Goes on the Back Burner

This is the opposite of the previous problem. IT team members focus on the big tasks because that's where the bosses want them to be. However, the organization lacks the necessary talent surplus to then address small jobs. Systems operate unpatched, and eventually, the little problems become bigger ones.

The more clever IT people may find ways to solve problems using the budget. If they don't have the time to repair a computer system, for example, they might just buy one. In a pinch, this may be the price of keeping your organization running. However, this approach will run operating expenses through the roof over time.

By moving to a managed IT infrastructure, you can reduce costs in this sort of scenario. The managed IT services technicians will be able to give individual users and systems much-needed attention. Consequently, your firm may not need to use replacements as substitutes for fixing issues.

Sometimes an organization can run systems for quite a while before the number of failures becomes problematic. At first, the IT issues will feel like normal happenings, and your staff can even keep up with them. After a while, though, you may find your team is working harder and harder to handle persistent problems.

Managed IT companies can monitor systems and track potential failures to keep customers ahead of issues. When there appears to be a problem, they can track it down and determine a solution. Thanks to the greater attention, system failures should become less common and persistent. 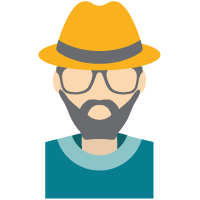 When was the last time your parents or grandparents called to ask for help with technology? If you are like most millennials, you might have helped someone out recently enough that you remember the specifics of the problem. I realized a few years ago that this was a common problem, which is why I made this website all about helping your parents with technology and teaching them how to be successful. While here, you will learn all kinds of great tips that can help you and your family, from identifying the best Internet provider to learning about home automation systems.